[2020 Updated] Build Your Own Drone – The Things You Need

Ever since the evolution of drones. Things have been going in a very smooth manner, and drone technology is revolutionizing day by day. Newer upgrades are coming to the market every day surprising people with their awe-inspiring features. This market seems to upgrade and upgrade as if there is no stopping by. Every day there is something that you want to grab and hold on to. This is not only making lives easy but also adding more fun to people’s lives, whether it is for leisure or their jobs. It is one of those reasons why people are more prone to buying drones and things related to them as drones keep increasing in number due to their demand among the people. More and more drones are going high up in the air. These drones can be a problem in the air for many reasons, which are exactly why need a proper management system. With drones going high up in the air, you can expect anything to happen. There can be multiple crashes, there can be collisions, and that collision can cause harm not only to the people but to the objects as well. This is the reason why having a proper trafficking system is necessary for drones.

Also since the medical drone deliveries being piloted in several regions, from the cities of Rwanda to Chicago, and the commercial sector developing quite rapidly as we said earlier, it is likely that we see more companies trying to explore the possibility of integrating drones to their cold chain.

For this very reason, NASA has stepped in and taken things to the next level. NASA has pushed the sector forward and has launched the final stage of their national traffic management system for the unmanned aircraft, i.e. drones; this is the last part of the four-year effort that they have been working so hard for.

The system has a plan which sets out to test UAVs operating BVLOS in different cities for the very first time.NASA has announced that they will be starting to test drone traffic management systems next month in places like Reno, Nevada and Corpus Christi, Texas.

The agency, NASA, is also hoping to develop further capabilities to carry out the entire management of drone traffic in urban areas. The result of these flight demonstrations which are intended to be used to inform future rules, policies and traffic management procedures when the operation of drones is being done over populated areas.

According to one recent report from the Associated Press, multiple drones were taken to the air at the same time above the city of downtown Reno in the past week, and there were a series of simulations testing the technology.

Reno’s Mayor Hillary Schieve said that The City of Reno is very excited to be a participant in this state as well as a national program, to help in facilitating drone testing in the downtown Reno area.

He also added that they had built an expansive collaboration with the agency which will further add more hype to the “The Biggest Little City’s” reputation as a technology hub even now and in the coming future. He added that they are proud to be the only city in the country which is involved in three drone testing programs and that they urge the residents and visitors to go to Reno.gov/UAS to learn more about their project and continue to offer valuable input.

Ronald Johnson who happens to be the NASA’s UAS Traffic Management project manager has said that this phase represented the most complicated demonstration of the advanced UAS operating in a demanding urban environment which has been tested to this very date.

This activity is so far the very latest and the most technical challenge that they have done with the unmanned aerial systems, David Korsmeyer, associate director of research and technology at NASA’s research centre in California, talked about this matter.

He also added that when they initially started this project about a period of four years ago, many of them would not have thought that they would be standing where they are today, in a position of flying UAVs with the latest and advanced drone systems off high-rise buildings.

There was an AP report which detailed how an autonomous drone took off its flight from the rooftop of a five-storied casino’s parking garage this Tuesday and had landed on the roof of another one out of view across the street. This drone hovered smoothly as the onboard sensors adjusted themselves for the gusty winds before it started to return close to the center of its launch pad.

Equipped with GPS, other drones flew at each other no higher than the lights of the street, but they were successfully able to avoid colliding through the onboard tracking systems which were connected to NASA’s computers on the ground. Amazing huh?

This new round of tests which continued this summer has marked the very first time that simulations have combined all those scenarios for BVLOS operations.

It is also to be taken into hopes that these tests can help the commercial drone industry in understanding the challenges that exist by flying in an urban environment. Since the commercial market is using the drone delivery system, it is growing and attracting interest. Therefore an abundance of cases has been emerging for this technology.

Many people see the usefulness of this technology for the safe and effective delivery of medicines at speed in urban areas, in those difficult to reach regions and also as part of coordinated responses to the natural disasters.

As these tests are carried out, NASA will be looking at the efficiency of many other types of technology that related to drones; this includes; flight information management systems, vehicle-to-vehicle communications, collision avoidance and automated safe landing technologies.

Mike Sanders, who is the acting executive director of the Lone Star UAS Center, who will be leading the management systems in Texas, said that this series or a chain of tests is a very crucial step which helps to enable the safe integration of unmanned aircraft systems within an urban or modern environment.

NASA has predicted that this unmanned aircraft systems will soon become quite common in the cities. NASA is expecting as many as 400,000 commercial and 2 million recreational drones that will be registered by 2020. The real challenge now that we see here is how to integrate all this traffic into city scapes with added safety.

Because of their size, drones are much more sensitive to both bad and changing weather than the crewed aircraft. Also, there are many things about a city that magnify this effect. Let’s say for an instance, wind flows around and over the skyscrapers and gets channeled down the city streets in many complex ways, and in severe weather, let’s say summer thunderstorms can pop up suddenly while a drone is on its way to delivery. For this reason, during the course of these tests flights, they will reach an altitude of 400 feet, the NASA researchers will look at how its system can incorporate and share important weather data with the pilots and advise them on the safest course of action. Drones need much more frequent as well as more localized weather updates than the aero planes do. Ron Johnson, project manager at NASA’s Ames Research Center in Mountain View, California added.

If the very final round of these tests proves to be a major success, it will give people a new depth of information, both for the public as well as for the private sector on how to manage the future use of drones in their respective cities.

Reasons Why Drone Trafficking is Necessary:

Nowadays, the demand for drone trafficking becomes a must in most of the cities and countries where there is an abundance of drones. As drones are increasing in number, there is a dire need for a system that can traffic them properly to avoid mishaps. Here are a few reasons why we think drone trafficking is necessary.

As much as drone trafficking is a necessary thing to be implemented in the cities. Agencies like NASA are doing their best for it. We hope to see this new system of drones roll out soon in common environment so that drones can be in the proper management system and there is added convenience to the people as well as safety to the environment. Even though many loopholes still need to be covered. The implementation of this system may change the whole course of flight for drones in a better way. 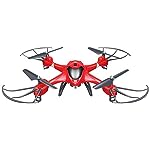 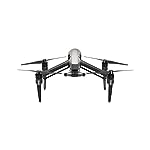 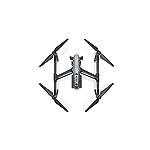 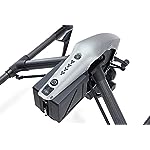 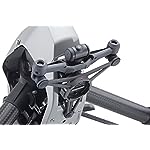 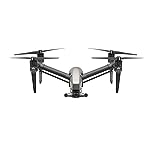 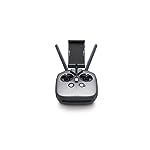 The Next Generation of Firefighters: Drones